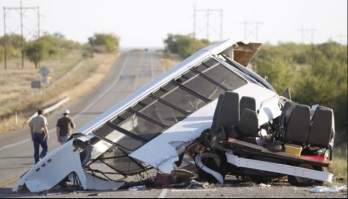 To interview Mark Driscoll, the man who led “the most abusive and coercive church” that Mars Hill Board member Paul Tripp has ever worked with, while ignoring those that Driscoll abused, is to minimize the abuse and re-victimise those who were viciously and deliberately harmed by him.

Seven years before Mark Driscoll resigned his position without repentance, Paul Petry and Bent Meyer were treated shamefully and abusively.

As we look back, the evidence is clear that these two elders, along with a host of other abused voices, were voices of clarion warning. They predicted the eventual collapse of the church if the folly of avoiding accountability were to be allowed to run to its course.

Basically, the shunning is still continuing while these many men leading congregations bearing both Driscoll’s and Acts 29’s DNA, and still in an insidious way led by Mark Driscoll, claim that it is “all about Jesus.”

Jesus is all about reconciliation. Yet these men, including Mark Driscoll, simply will not reconcile and name the abuse that was meted out to hundreds of families that went to Mars Hill Church and was personified in how Paul Petry and Bent Meyer were treated.

From under the bus,