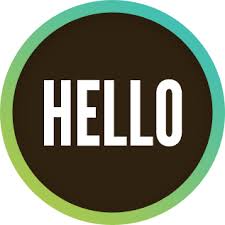 This following is from a former Mars Hill elder and extracted from the comment section of Warren Throckmorton’s latest blog post regarding the proposed changes at Mars Hill Church.

A few interesting things to note that may help people understand why so many contrary reports are coming out, and why any change is going so slow:

1. Mark owns the rights to many things at Mars Hill including his sermons. He’s insistent they take them down (and they’re more than happy to oblige). But a complication is that Mars Hill will now have to do a whole redesign of the Web page while also recognizing there will most likely be more redesigns in the near future.

2. They’re seriously considering filing bankruptcy because of the amount of debt facing the church.

3. Ballard may become the “hub” once again. In fact, it might be the only church left with the name and legal ownership of Mars Hill.

4. Several of the LP’s on the BOE felt Mark was disqualified. In fact, they felt it was obvious once they heard the stories. Unfortunately, they chose to “submit” (read: cowardice) to the overseers and read the collective statement. They violated their own consciences in doing so, but many of them are still submitting to the false view of “submission” to leaders that Mark taught.

5. Several more elders are set to resign. They are disheartened with the cowardice they see displayed by the LPs.

6. Lastly, people should insist – INSIST the BOE release their findings. Every CG leader at every sync should insist on this. Every member should demand this. Every LP (but specifically those on the BOE) MUST be asked why they did NOT declare Mark DQ’d. They are violating their own consciences and most of these men will not be able to stand up and answer pointed questions about something they themselves do not believe. In particular, talk to Ed Choi, Alex Ghioni, Miles Rhode, Alex Early, and even (surprisingly) Tim Smith and AJ Hamilton.

This is VERY important. Especially if you are a CG leader. They cannot handle more people leaving and they realize that now more than ever they are going to be held accountable by the members. So stay. Pray. And don’t stop demanding transparency and answers. It is having an effect. [emphasis added]

2 thoughts on “Mars Hill Church, are you listening to your own? Release the report on Driscoll!”