It seems that we have heard the word “seriously” a lot from the leadership of Mars Hill Church.

First it was Michael van Skaik, whose integrity has been seriously challenged (along with Sutton Turner), who told us that the charges against Mark Driscoll had been taken seriously, the matter decided once and for all. He along with Sutton are been charged by nine pastors with being deceptive (i.e. lying).

Then we have repeatedly been told that the BOAA takes matters seriously, and of course they also cleared Mark Driscoll. No charge rose to the level of “disqualification.” Their decision was final. After all, they tried very hard to find witnesses, and only a handful spoke up, and these were mostly good reports. (Of course, this deceptive statement has now been challenged by the “noble nine” pastors).

Now we have the next level of seriously motivated men. These men are elders and pastors who are taking everything seriously, especially the seriousness of the leaks at Mars Hill Church. These leaks are very serious!

After all, unlike the numerous and well established sins of Marl Driscoll, and unlike the deception of Sutton Turner and Michael van Skaik, the leaks “tarnish” the gospel. Therefore they must be taken seriously. Very seriously.

Of course, we have already looked at the Mars Hill leadership’s understanding of the word “yearn”, where Michael van Skaik said that he and the BOAA “yearned for reconciliation.” (Of course, neither he nor they had actually tried to reconcile with any offended ex-member that we know of.) Just saying these words make them to be true.

Kind of like the name-it-and-claim it gospel. If we say we are serious, or if we say that we yearn, it makes it so.

It would appear that the Mars Hill leadership took charges against Pastor Mark Dunford’s role in the actions of the “noble nine” seriously. He was removed from office on Tuesday, just days after his “serious” actions. Surely if the clearly established charges against Mark Driscoll, Sutton Turner and Michael van Skaik are taken as seriously, we should see action very soon.

A last thought. How about considering that those who are telling everyone about the repeated and well-documented sins of the Mars Hill leadership, collaborated by Acts 29 and men like Paul Tripp, are taking 1 Timothy 5:24 & 25 seriously:

“The sins of some people are obvious, leading them to judgment. The sins of others follow them there.  In the same way, good actions are obvious, and those that are not cannot remain hidden.”

“Those who sin rebuke before all, that others also may fear. “

…the word “all” comes from the Greek word meaning “all…everyone…” (using social media if necessary). 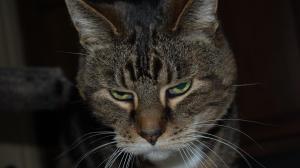